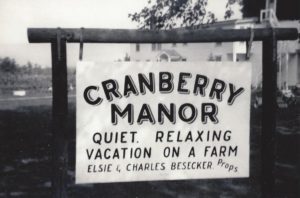 About the Inn – Cranberry Manor Bed and Breakfast is a fully renovated, former 1880’s summer boarding home located in the heart of the Poconos Mountains.  The Inn is situated on the edge of the Tannersville Cranberry Bog which is home to black bear, coyotes, bobcat, and the ever hungry Pennsylvania white tail deer. If you love bird watching there are over 33 different species of birds that have been identified on the property.

Cranberry Manor is an elegant mix of old and new, stands proud and ready for your pleasure and enjoyment. An all season inn with a rural mountain locale and urban convenience.

The original house was built in 1880 to replace a log cabin on the Sebring property. Ownership passed to the Brysons and then to the Beseckers in 1955. Charles and Elsie Besecker, with their 6 children, maintained a tradition of hospitality for some 35 years. The Inn is still surrounded by the children of Charles and Elsie and the name as well as the tradition goes on. 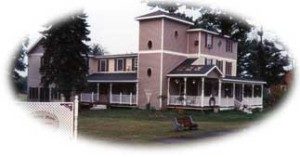 The manor was purchased in 1997 and remodeled to its present state between 1998 and 2001 by Steve and Kathleen Gershey. Much of the house was dated by artifacts found during extensive renovations.  Many of these articles are on display in the library. The third floor was added about 1910. A major renovation was accomplished about 1935 with the addition to the dining room and kitchen. 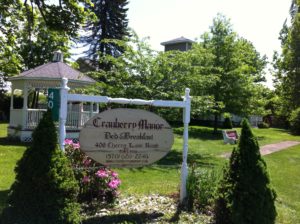 Cranberry Manor Bed and Breakfast continues over 130 years of tradition of hospitality welcoming and hosting guests throughout the year. 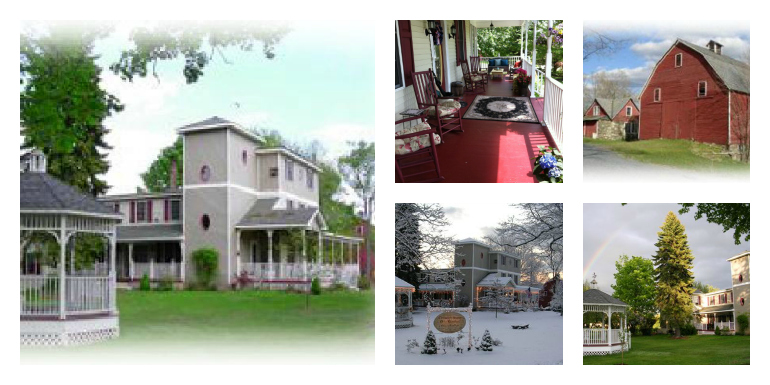